I drive a long way to work and back, I work night shift, sometimes I drive tired. I don’t want to.

Changing jobs is not an option (I have a great Job). My kids are settled into school and I live in a great neighborhood, I really do not want to move. So I drive.

My drive is 75 km and I work 6pm to 6am. I drink coffee, I pull over, I wind down the window but I still get tired.

So what does a man do to combat this? He searches google for answers- and finds nothing, zilch, nada, nyet!

There’s the usual obvious tips – “Get a good nights sleep” “take a nap” “Have a coffee” but no real life suggestions, tips, tricks or techniques.

If I can help one person get home safely- this is time well spent. . . . . (sounds cliche, but i genuinely offer that sentiment).

So over the coming weeks I’ll go over some of my techniques and I’ll try a few things, some experiments. Please follow me on Instagram @sleepydriverblogger

Its might sound ridiculous and you might feel stupid but I have found this to be the only reliable method of pushing through that micro sleep period.

First rule is pull over get out of the car if you can do so safely which is easy said but there is not always a safe spot for this so in fairness sometimes you need to push through.

Secondly have your favourite song ready in your MP3 or CD player or whatever format you use. Mine is “Jolene’ by the White Stripes, I can belt that baby out till my throat hurts in my best southern blues twang.  Its not pretty and I am bottom of the barrel singer but I can tell you after one repetition I am awake and back to normal drive mode or at very least in a better safer place to stop and get out of the car. 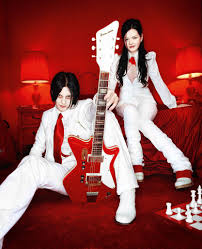 Way out West, where people own 4WDs for purpose (Lots of horse folk) and people who look like they don’t have money do, on the strangely named Bells Line of Road you will find Kravings Coffee Stop . It is a recent addition to the popular Restaurant that graces the site and seems to be garnering the same level of custom if the ever growing line of tradie vans and school commuters are any indication. The food is fresh and appealing catering for lunch packs to takeaway as well as hot off the grill egg and bacon rolls, the coffee is decent too, nice and hot!

The other thing that stood out to me is that they are quick, it’s a coffee stop, wham bam and coffee is in your hand, which is what you want when trying to get the ankle biters to that institution of choice.

Very busy at work second half of the night, was happy to get out of there. My pre sleep had been none existent. It’s pushing high 30’s in Sydney this week and I struggled again to get a pre sleep in. I even made sure I had no caffeine after 8:30 am. It was lucky I was busy at work as I was struggling to stay awake. The drive home wasn’t as bad as I feared, windows down and very interesting Emperors of Rome podcast. Post coffee I did struggle through Penrith which is not the best place for pulling over, but as I came out the other side I was all good, changing my shoes as I drive for the gym and driving barefoot. I highly recommend it. (Its not ilegal is it ?)

Again not to bad a night work wise, busy in the final hours. The drive home again was good, no micro sleeps, no pulling over. Always a little better when you know your weekend is done and few days off.

Might be working OT tomorrow night and have to help my son move house , so could impact my sleep opportunity.

*  Five years ago today I met my beautiful amazing wife.

It was reasonably quiet night at work as most Saturday nights are, kept busy enough so didn’t get bored. My sleep during the day was not the best and woke up early than wanted to, possibly due to the heat.  I have A/C but its not the best down the end of the house. Plus the sunlight comes in (Need to work on that ASAP).

The drive home was good, flagged a little towards the coffee shop but afterwards made it home without needing to pull over.

Was pretty tired before I started the drive and could feel myself flagging. Was listening to a new podcast Emporers of Rome which is pretty good, but probably not for this time slot.

My pre sleep before 1st shift was usually pretty reliable for an hour plus, but it seems to have deserted me of late. Hoping my return to proper eating has a positive impact or might need to quit the post gym coffee at 10:30.

After stopping at Luddeham Cafe for my usual , got an early call from mum on the hands free which kept me engaged for the drive home. So no close calls today.

The drive home always seems a little better when you know you don’t have to work next night. I know I felt quite tired at work towards the 4/5 O’clock mark, but in the car it was an easy drive to the Coffee stop and then gym. I am eating more now my 12 week stupid diet has stopped and feel better for the full stomach if truth be told.

Struggled straight away and pulled over after 10 mins to get out of car and stretch. Managed a very brief nap the previous afternoon. Was still a struggle getting to coffee stop, but not too bad after that. Headed straight to the gym, weirdly enough took my work boots off as I was driving and drove barefoot last 15mins. I highly recommend it. Couldn’t really get into a podcast , Tim Ferris, Coinmastery, James Altucher, normally work well for me.

Had a pretty good drive home, listening to bitcoin podcast Coinmastery and Tim Ferriss. Had a good sleep during previous day 6 hours solid, but not pre shift on Wednesday. Next drive home will be on 4th Dec.

Hi guys, thought I should touch base as I haven’t posted too much of late, outside of some pics on Instagram. My driving has been pretty safe and sound over last few days, haven’t had to get the electric massage/shock machine out.

Through one of the other podcast I follow I recently discovered the Tim Ferriss Podcast with over 200 million downloads it is a gold mine of interesting chats, interviews and life advice. Sure its not everyone’s cup of tea but it does offer some pearls of wisdom and some genuinely entertaining and thought provoking chats.

TIM FERRISS has been called “a cross between Jack Welch and a Buddhist monk” by The New York Times. He is one of Fast Company’s “Most Innovative Business People” and an early-stage tech investor/advisor in Uber, Facebook, Twitter, Shopify, Duolingo, Alibaba, and 50+ other companies. He is also the author of four #1 New York Times and Wall Street Journal bestsellers: The 4-Hour Workweek, The 4-Hour Body, The 4-Hour Chef, and Tools of Titans. The Observer and other media have named him “the Oprah of audio” due to the influence of his podcast, The Tim Ferriss Show, which has exceeded 200 million downloads and been selected for “Best of iTunes” three years running.

One such gem I heard was this quote that “Normal People are just people you don’t know yet” . This has never been truer I feel than today where we are treated to carefully curated social media snapshots of peoples lives. We count our friends by Facebook/Likes/Profiles and Followers yet we hardly engage or know anything about them outside of their perfect holiday photos and relationships statuses.

Looking at my immediate family and they are normally strange people. One brother juggles, another lives in London but has a house in France and Italian partner. My sister loves whippets and 20’s fashion and my Mother . . . . what doesn’t she do? Herds reindeer in Lapland, host Ghost Tours, walks pilgrim routes and host Xmas dinners. My son likes Anime, my daughter Netball, the other likes UK comedy (she’s 11).

One of the more unusual things I found out about a work mate recently is he has a crystal cut glassware collection on display in a cabinet at his house. He is a 30 something tattooed, blokey bloke.

So clearly normal is not normal and maybe people just need to engage and really find out about other people before we really can tell that everything is normal and nothing is just a little bit boring.